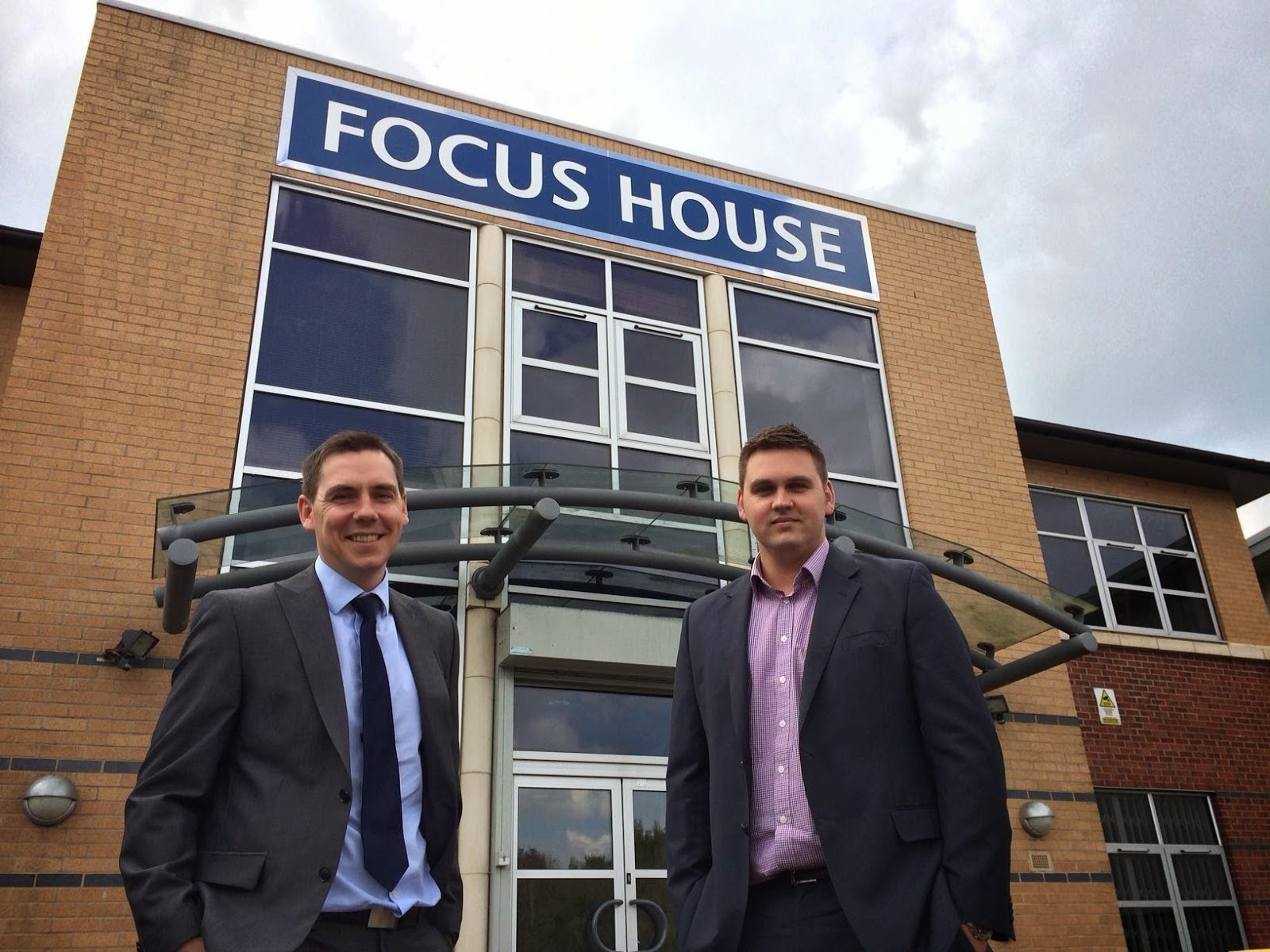 Focus Consultants has made two senior internal promotions as the company continues to expand.

Jason Redfearn has been appointed as a Partner of the business, while senior surveyor Craig Gould has been promoted to an Associate.

Jason, who leads the Energy Team at Focus, is based in the firm’s Leicester office in Princess Road East.
Craig Gould, who is deputy business manager for the building surveying unit, works out of the Nottingham headquarters of the company at Phoenix Business Park.

Focus Partner Karl Marriott said: “Both Jason and Craig have been with us for several years and epitomise the Focus spirit and culture. They are loyal, creative, hard working, commercially aware and enthusiastic.

“I am very pleased to announce their new positions within the company.”

Focus, which is celebrating its 20th anniversary during 2014, offers a range of services in the construction and development sector, including funding and economic development, regeneration expertise, energy consultancy and chartered surveying services.

Since its creation in 1994, Focus has helped to secure more than £925m of grant assistance for a range of projects and businesses across the UK and delivered more than £1.0 billion worth of projects and programmes – making it one of the most successful businesses of its kind in the country.

It has worked on a range of high-profile projects in the arts, heritage and tourism sector, including some of the major museums across the UK, and important historical and ecclesiastical sites.

Focus is also a key player in the sustainability sector and, over the past ten years alone, the firm has completed more than 600 projects across the country.

Jason joined Focus in January 2003, having graduated in Building Surveying. He gained practical experience in project delivery within the social housing sector whilst developing the Focus energy and sustainability services, originally based in Nottingham he moved to the Leicester office in 2006.

“Under his leadership, the Energy Team has grown impressively in tough market conditions to become a significant part of the business,” added Karl.

Craig began his career at Focus in 2003, while still undertaking an HNC in construction at West Nottinghamshire College in Mansfield. He was taken on full time shortly after in April 2003 by Focus as a trainee building surveyor and CAD technician, and he went on to achieve a Building Surveying degree at Sheffield Hallam University, while being sponsored by Focus.

Both Craig and Jason have benefited from the RICS Assessment of Professional Competence training delivered by Focus, and both went on to pass at the first attempt to both become Chartered Building Surveyors.

Outside of work, Craig, who grew up in Sutton-in-Ashfield and now lives in Kirkby-in-Ashfield, is a keen sportsman. He plays cricket for Mansfield Hosiery Mills Cricket Club and is a member of the Nottingham Forest FC Directors Club. As a youngster, he played football for the Nottingham Forest Academy. He has also played cricket for the Midlands and Nottinghamshire CCC at Academy level.

Focus has offices in Nottingham, Leicester, Boston, Aubourn in Lincolnshire and Holborn in London.