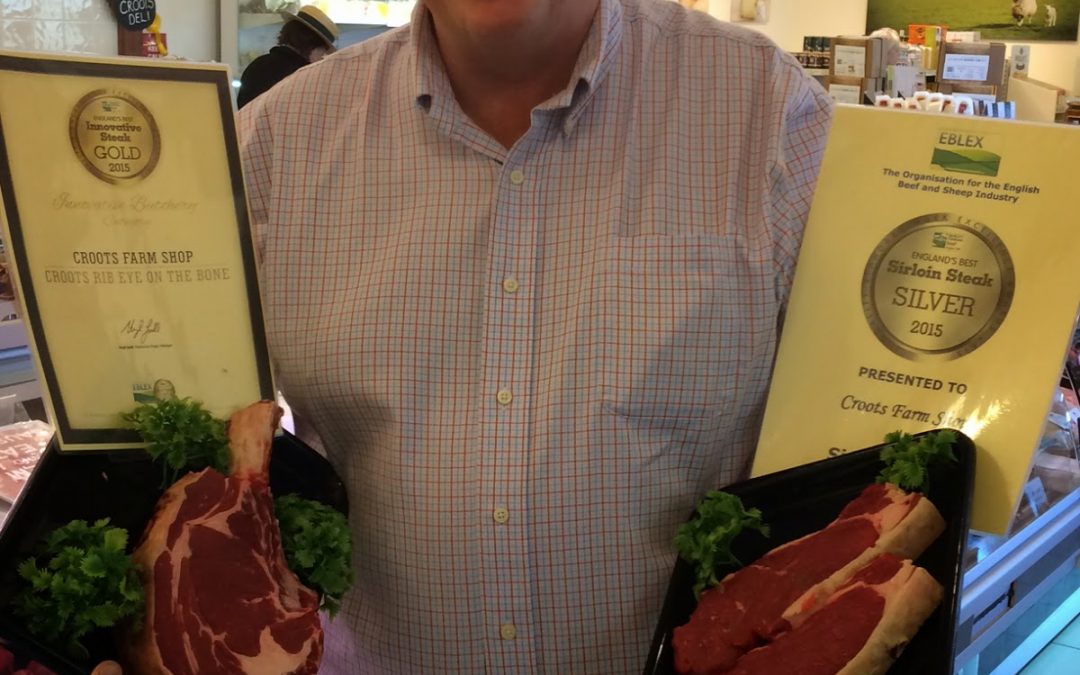 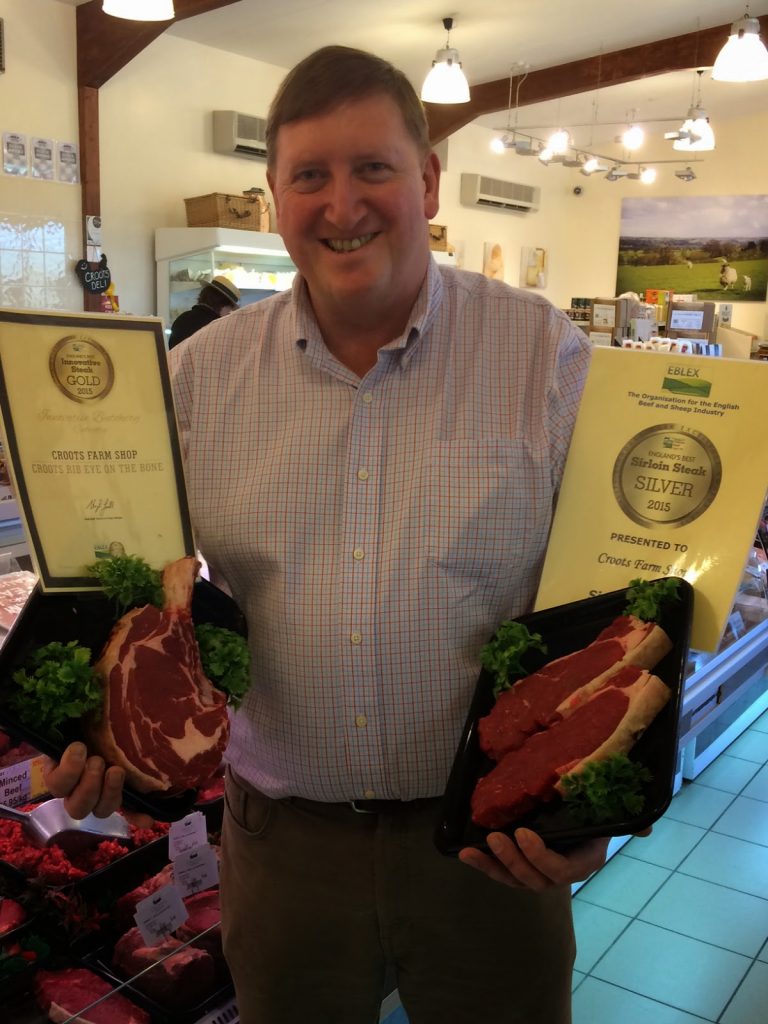 Derbyshire farm shop Croots has scored success with its
steak once more after winning two new awards.
Earlier this year the farm shop at Farnah House Farm,
Wirksworth Road, Duffield, scooped a silver in England’s Best Sirloin Steak
2015 competition.
Now the team of butchers at the farm shop have gone one
better and won a gold medal for the Croots Rib Eye on the Bone in the
Innovative Butchery Category of the awards.
The farm shop also heard it had scooped a silver in
England’s Best Steak Pie category run as part of the competition organised by
EBLEX, the trade organisation for the English beef and sheep industry.
All three awards were part of the first ever Quality
Standard Mark Excellence Awards, which were developed to recognise
and reward quality, innovation and excellence in beef and lamb production.
Hugh Judd, of EBLEX, said of the Croots rib eye on the bone:
“The standard of innovative entries was incredibly high ….I do hope you take
pride in the fact that your innovative steak product achieved a Gold Award.”
Store owner Steve Croot, who is the current Derbyshire Food
Hero, said: “We are incredibly proud to have won these awards for our steaks
and for our luxury steak pies, which are prepared on the premises by our team
of butchers. We get great feedback from our customers and are delighted that
the judges in the EBLEX Quality Standard Mark Excellence Awards felt the same
way. One gold and two silver awards in these inaugural awards is a tremendous
achievement.”
Croots launched in June 2008 and is renowned for its
extensive and award-winning meat counter, which has doubled in size due to
demand since the shop first opened. The store has won numerous awards for its
sausages, pies and meat products, but these are the first awards that have been
dedicated solely to the steak.
Beef sold at Croots is reared by farmers Richard and Margaret
Heath at Hazelwood Hall Farm, Hazelwood, near Belper in Derbyshire.
The shop employs three full-time butchers and two assistant
part-time butchers, as part of a 28-strong workforce employed in the shop and
the restaurant, Shires Eatery, which has also doubled in size since opening.
Croots Farm Shop is open Monday to Saturday from 9am to 5pm
(Shires Eatery until 4.30pm) and from 10am to 4pm on Sundays. Croots runs Fresh
Fish Thursdays between 9am and 1pm on Thursdays.
For more
information visit www.croots.co.uk
Press release issued by Nottingham PR company Perfect 10 PR www.perfect10pr.co.uk