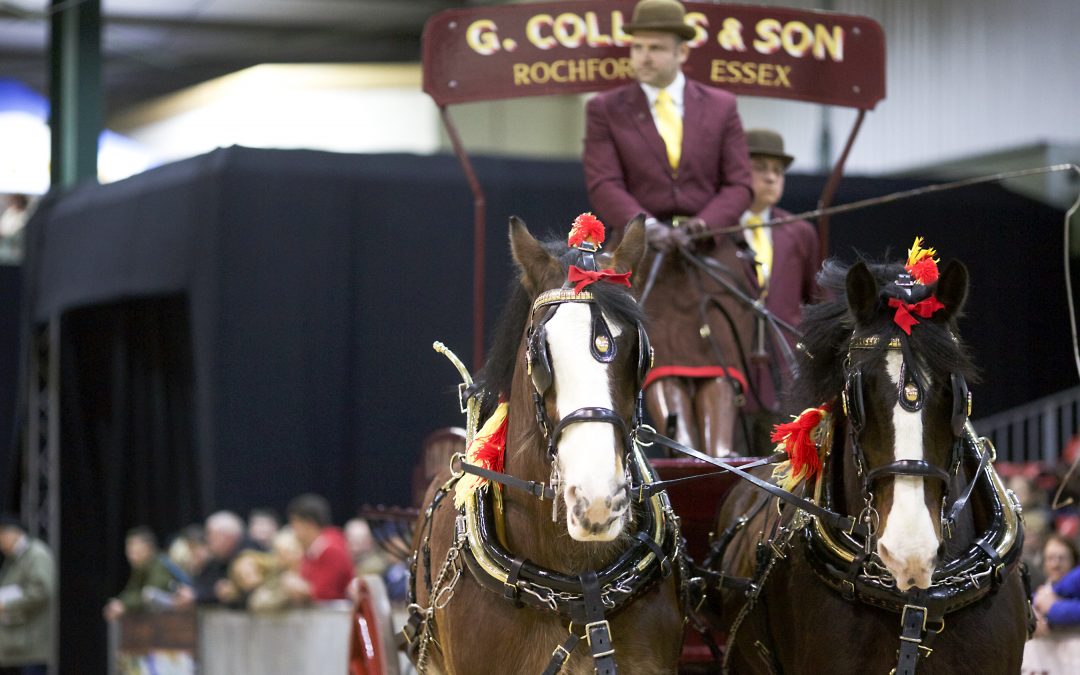 The world’s largest gathering of Shire horses returns to Staffordshire from 16th to 18th March – and people from throughout the Midlands are being invited to join organiser the Shire Horse Society as the charity celebrates its 140th anniversary.

Around 250 pedigree Shires from across Europe are expected to attend the three-day indoor event at Bingley Hall, Staffordshire Showground.

Alongside showing in the ring, there will be trade stands, demonstrations, an animal petting area for children, and the chance to tour the stables and find out more about the gentle giants of the horse world and what’s involved in preparing and showing a champion Shire horse.

“Visitors can watch the iconic breed being put through its paces in-hand, ridden and in harness – with the chance to find out more about Shire horses and their important role throughout history.

“Today the Shire horse breed is still regarded as an endangered breed, with fewer than 300 pedigree Shire horse foals registered every year, so it’s crucial that we, as a charity, continue our work to preserve and promote these magnificent animals.

“The Shire Horse Society’s National Show has been held annually at a limited number of venues in England over its long history, and is believed to be one of the oldest, almost continuous, horse shows in the world, having been held for the first time at the Royal Agricultural Hall in Islington, London, in 1880, when the charity was named the English Cart Horse Society.

“We are delighted to be returning to Staffordshire Showground for the third year running and look forward to welcoming horse fans from across the Midlands and further afield.”

New for the 2018 show is the ridden quadrille – a choreographed ride to music which is often compared to an equestrian ballet.

Shire horse owners from across mainland Europe and the UK compete in the show, which is the showing season’s first qualifier for the prestigious Horse of the Year Show, which takes place in October at the NEC.

Tickets for the 2018 show have remained at 2017 prices and are on sale via the Shire Horse Society’s website www.shire-horse.org.uk

Tickets for official stable tours will be available on arrival at the show on Saturday 17th and Sunday 18th March.

For more details and ticket information about the show, visit http://www.shire-horse.org.uk or follow @saveourshires on Twitter or at www.facebook.com/shirehorsesociety