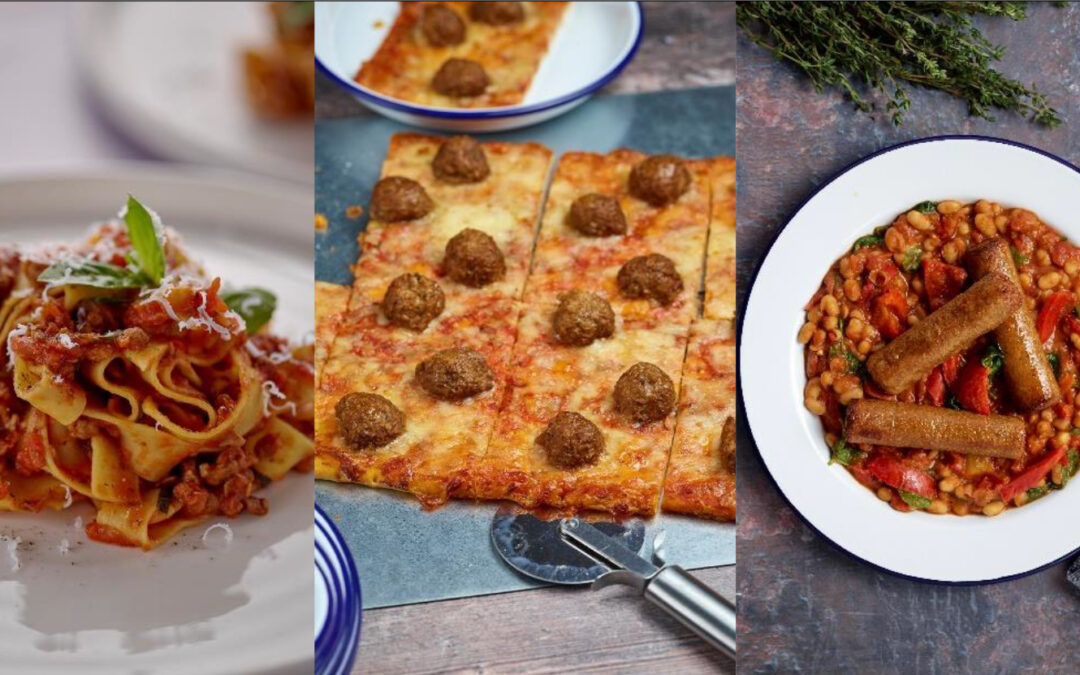 KaterVeg! vegan sausages and vegan meatballs have been awarded gluten-free certification – making them suitable for coeliacs as well as those on a plant-based diet.

The two products are part of the extensive vegan range offered to the food service sector by frozen food distributor Central Foods.

This new accreditation brings them in line with the KaterVeg! vegan mince, which is also suitable for gluten-free diners.

Gordon Lauder, MD of Central Foods, said: “Demand has been growing for ‘dual’ dietary criteria products, such as those that are both vegan friendly and gluten-free.

“As a result of the impact of Covid-19, caterers must now ensure their menus work even harder, so many are including fewer products but ensuring these are suitable for a maximum number of dietary requirements and menu dishes.

“At the same time, interest in plant-based options has been growing.

“We’re delighted that the KaterVeg! vegan sausages and vegan meatballs have now been certified as gluten-free, as it makes them incredibly versatile products for our customers – helping them to avoid menu proliferation.”

Made with seasoned textured soya protein and high in protein, low in saturated fat, low in sugar, a source of fibre and with salt levels below PHE 2024 targets, the KaterVeg! vegan sausages and vegan meatballs were launched earlier this year.

The KaterVeg! vegan and gluten-free sausages, which weigh 50g each, are skinless and not pre-fried, can be oven cooked or grilled and are ideal for a range of menu items including sausage, mash and veg, toad-in-the-hole, hotdogs or as part of a vegan-friendly cooked breakfast. The KaterVeg! vegan and gluten-free meatballs are perfect for pasta sauces, as a pizza topping or for a hot sub-roll filling.

The KaterVeg! vegan mince, which can be used as a meat-free and gluten-free menu swap in a wide range of favourite dishes from spaghetti bolognaise, tacos and chilli to lasagne, shepherd’s pie and even pizza toppings, was launched in 2020. It’s simple to use, straight from the freezer, directly into recipes and it doesn’t need browning or frying beforehand. The vegan mince comes in a free-flow format to allow caterers to use as much or as little as they like, which helps to avoid wastage. It’s also high in protein, low in fat, low in sugar, a source of fibre and has salt levels below the PHE 2024 targets – all positive attributes when you’re keen to offer healthy free-from and vegan options. In addition, it has no shrinkage during cooking (unlike actual meat), so each 100g of raw product provides 100g of cooked product ie. 20-25% greater yield than the equivalent weight of minced beef or lamb. This means there are more portions per 1kg bag than the equivalent 1kg bag of minced beef or lamb.

Founded in 1996, and celebrating its Silver Anniversary this year, Central Foods is one of the UK’s leading frozen food distributors.